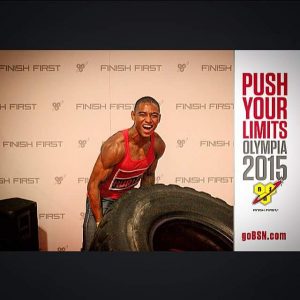 “I don’t have weekday’s in my calendar – only strong days.”

Avery Rashawn Burton was born to Mary Ann and Reggie in Reno, NV.  The oldest of three boys, he was a quiet but hard working big brother who led by example.

Not physically big or imposing as a kid, Avery transformed himself into a standout student-athlete, graduating with honors from Foothill High School in Henderson, NV. He excelled in track and field, tennis and wrestling, earning the prestigious “White Letter” awarded to Falcon athletes that letter in three varsity sports in the same year.

Despite some interest from out of state schools, some even offering scholarship money, he stayed close to home and attended the University of Nevada Las Vegas on an academic scholarship. During college, he worked on campus as a life guard in the recreation center. He quickly established a social circle of friends that worked out together and took hiking trips. Avery also joined a few club sports, including boxing and jujitsu. He even trained and won his first MMA competition.

His work ethic, ability to master games such as chess and the Rubik’s cube, along with his prolific workouts that were filmed and posted to his social media accounts where they garnered thousands of views became his  brand of “intellectual brutality.’’ He summed up his approach in a quote on his Facebook page, “I don’t have weekdays, only strong days.”

In May of 2017, he graduated with a degree in Kinesiological Sciences and planned to pursue a doctoral degree in physical therapy school. But unfortunately, his brain and body had other plans. In July, two months after graduation he suffered a major depressive episode and took his life at 22.

A smart, talented and charismatic leader, he touched the lives of countless members of the UNLV and Southern Nevada community.

To honor his memory and warn families about the dangers of depression, his family started a scholarship in his name. The Avery Burton Excellence in Academics and Sports Scholarship ensures his legacy will live on through the work of the ABF.

Learn more about Avery’s Story in Reggie’s book, “This is Depression”, his personal story of Avery’s life and battle with depression

Available on Amazon or www.thisisdepressionthebook.com.